When the first steam train puffed into Blair Athol on Wednesday 9th September 1863 the excitement and interest in the community must have been enormous, and the future impact on village life would be impossible to visualise.

Things did not go well on opening day though! A north bound goods train stuck at Dalnacardoch preventing south bound passenger trains from travelling and the telegraph was not working which prevented any communications to ensure safety.

"Quite furious" passengers were eventually compensated. Things were running smoothly when less than a week later Queen Victoria arrived to visit her friends the Duke and Duchess of Atholl at Blair Castle.

The line built by Joseph Mitchell in record time, Perth to Inverness in 3 years and his economic methods of building had reduced the cost to about a third of normal railway construction.

One train nick-named the "Housewives choice" ran from Blair Atholl to Kingussie on Saturdays picking up railway workers, their wives and families at their isolated line side cottages providing them with shopping opportunities and social occasions.

As trains became heavier in the early 1900’s, extra engines were required to get the trains up and over the Drummochter Pass, the highest main line on the Britain’s railways. Special engines were designed for this which were based in Blair Atholl and became known as the "Struan Bankers". They gave rise to much employment and at one time the railway had a staff of 70. 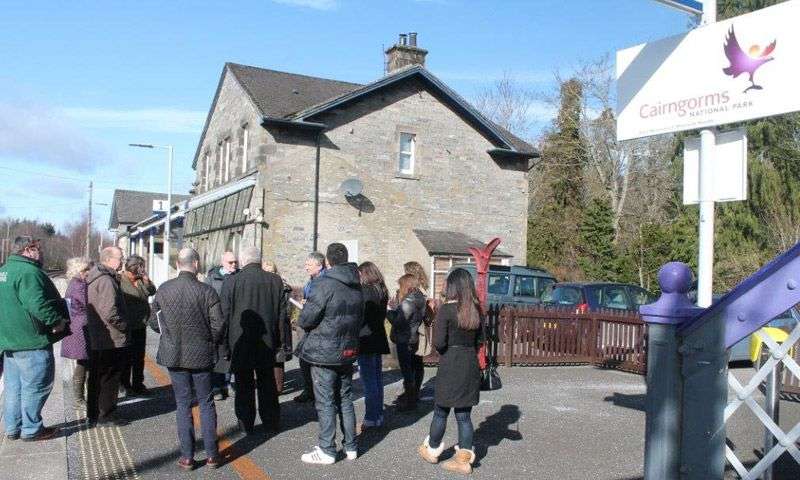