Dunkeld & Birnam Station is an outstanding and well detailed example of Scottish Railway Architecture by renowned architect, Andrew Heiton Junior. It is one of 3 Grade A listed Stations on the Highland Mainline Railway. The Station building dates from 1856 and is a single storey, 7 bay, near-symmetrical, multi-gabled design. It is of squared and snecked whinstone rubble with sandstone dressings. The open, central porch has pointed arch to the front and shouldered arch to the side, advanced gables flanking with stone mullioned tri-partite and pendant timber eaves. Tall octagonal and square cut ridge chimney stacks and a slate roof. There is a 12 bay awning to platform elevation, supported by wall-hung cast iron brackets with decorative spandrels. The footbridge is a steel and cast-iron girder standard design of the Highland Railway.

The Signal Box is also listed and was built by the Highland Railway Company in 1919, it is located to the east and with the Station buildings adds group interest. There is only one other listed example of this design of Signal Box on the preserved Strathspey Railway at Boat of Garten.

The villages of Birnam & Dunkeld are also fine examples of an early to mid 19th century Highland resort in a setting of great natural beauty and the design of the station buildings reflect their resort status. The villages were largely developed following the opening of the railway between 1856 and 1863. Early visitors were Queen Victoria and Beatrix Potter and the Birnam Institute is home to the Beatrix Potter exhibition & garden and has occasional visits from Peter Rabbit! Dunkeld is a pretty small town on the banks of the river Tay and has a beautiful ruined Cathedral, The Ell House run by the NTS and many fine shops, tea rooms and places to stay. The Station is reached by a pleasant walk under the A9 from the centre of Birnam. There is ample parking at the Station and around 30,000 passengers use this charming stop every year. 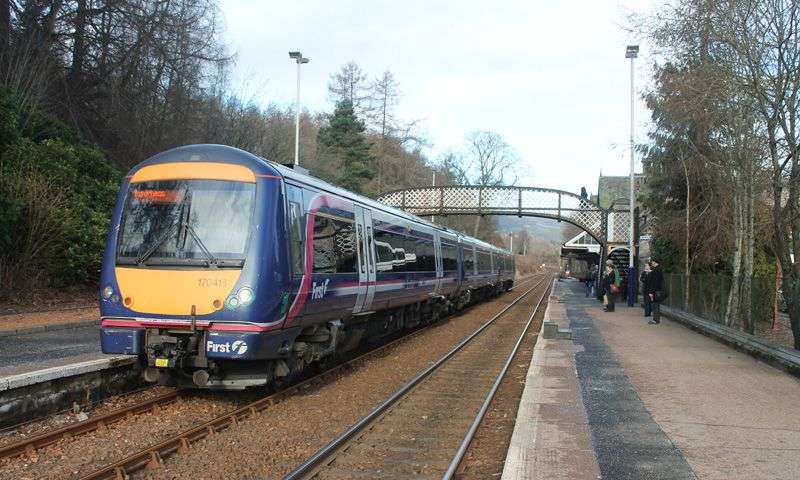