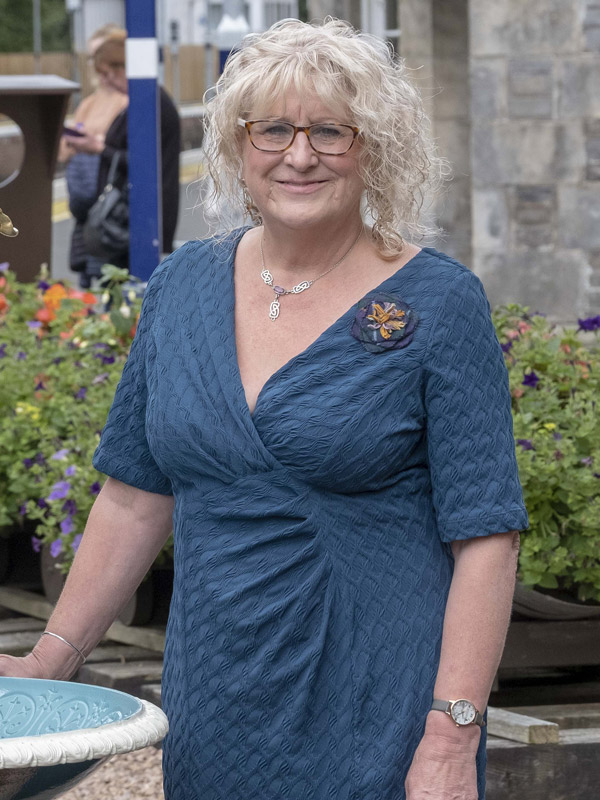 Chair of the Highland Mainline Community Rail Partnership is Sally Spaven. In her working life she encompassed hospitality and tourism, covering hotels, the whisky industry, VisitScotland and finally was a registered “Blue Badge” guide for Scotland, becoming Chair of the Scottish Tourist Guides Association during its formative years and hosting the WFTGA International Conference in Scotland in 2003 on Sustainable Tourism, the only time it has been held in Scotland. She is currently also Administrator for the Pitlochry Partnership.

Sally was an early member in 1994 of “Pitlochry in Bloom” which achieved great success in both Scotland and Britain in Bloom, Entente Florale and Communities in Bloom in Canada, chairing the group from 2004 to 2015. An early project was the restoration of the Armoury Park behind Pitlochry Railway Station, the first such project to receive ERDF funding and opened by John Swinney MSP in 2002. The “Bloom” group adopted Pitlochry Station and were involved in the Pitlochry Station Liaison Group headed by the late Priscilla Lorimer, who instigated the famous Pitlochry Station Bookshop. Since that time Pitlochry Railway Station has gone from strength to strength winning three Heritage Awards in 2014 and in 2019, the NRA for Best Medium Station in the UK. This pretty Grade A listed station always looks stunning in Spring and Summer with wooden and metal planters, hanging baskets and a wooden barrel train. This group took part in the recent document sponsored by the Rail Delivery Group on The Value of Community Rail.

Sally was appointed as the representative of Pitlochry to the newly formed HML CRP Steering Group during its formative years of 2013/14 whilst celebrating the 150th anniversary of the line opening and in 2015 was appointed Chair by the Executive. Sally worked on the Heritage Line Guide, the restoration of the MacFarlane Fountain, “Highland Fling”, numerous smaller events up and down the line and most recently “The Travelling Classroom”. She also worked on the two HML CRP websites and is a passionate champion of Community Rail. Stakeholders are kept informed by her regular newsletters. 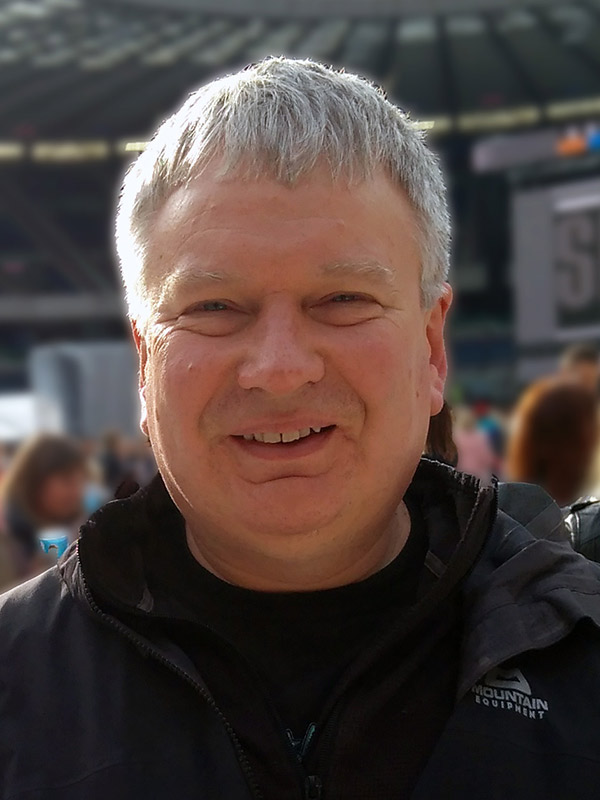 Roy Brown is currently Vice Chair of the Highland Mainline Community Rail Partnership. A passionate environmentalist and member of the Green Party; a Woodland Trust volunteer warden for the local Glencharnoch Woods in Carrbridge; and campaigns for a dedicated Non-Motorised Route (NMU) to link Carrbridge with Aviemore and beyond.

Roy has a company distributing and selling environmentally friendly paints and wood finishes. He also works for the Black Isle Brewery, which makes delicious organic beer in the Highlands.

Roy was a founder member in 2007 of "The Friends of Carrbridge Station" along with Gus Carnegie and Shona Rankin. The group numbers seven couples and families who plant and maintain the floral displays in winter and summer at Carrbridge Station. They take on the watering on a roster throughout the summer months. A great credit to Roy's foresight, as this delightful station always looks stunning with wooden planters, whisky barrels and in summer hanging baskets. All planted up by the "Friends" in the old waiting room at the Station. This group took part in the recent document sponsored by the Rail Delivery Group on The Value of Community Rail.

Roy was appointed as the representative of Carrbridge to the newly formed HML CRP Steering Group during its formative years of 2013/14 and in 2017 was elected Vice Chair by the Executive. Roy has formulated the Station Audit document, kept Network Rail on the spot with their prolific use of weedkiller in the Cairngorms National Park and taken on the social media for the CRP. Firstly Facebook, then Twitter and more recently Instagram to promote and communicate the partnership’s work. He also regularly gets involved in litter picking and questioning the increasing proliferation of graffiti on the iconic Highland Main Line.

In 2018 Roy won the first ‘ScotRail Community Volunteer of the Year’ award. 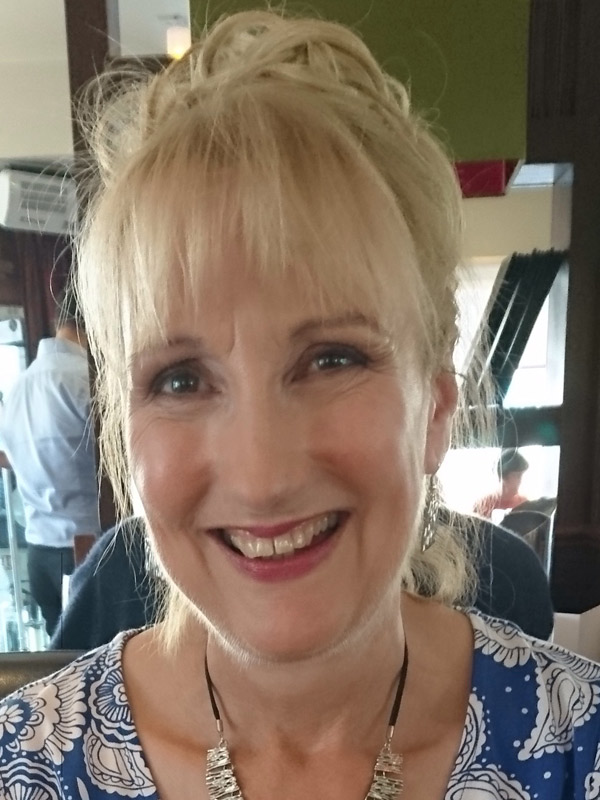 Despite having no engineering back-ground I have been fascinated by anything steam driven or mechanical since I was small, which inevitably translated into a love of railways.

Several years ago, the Station Adoption Scheme was brought to my notice, and as no one was looking after my local station in Kingussie it seemed logical for me to have a go. I acquired planters, keeping them maintained to brighten the platforms up. 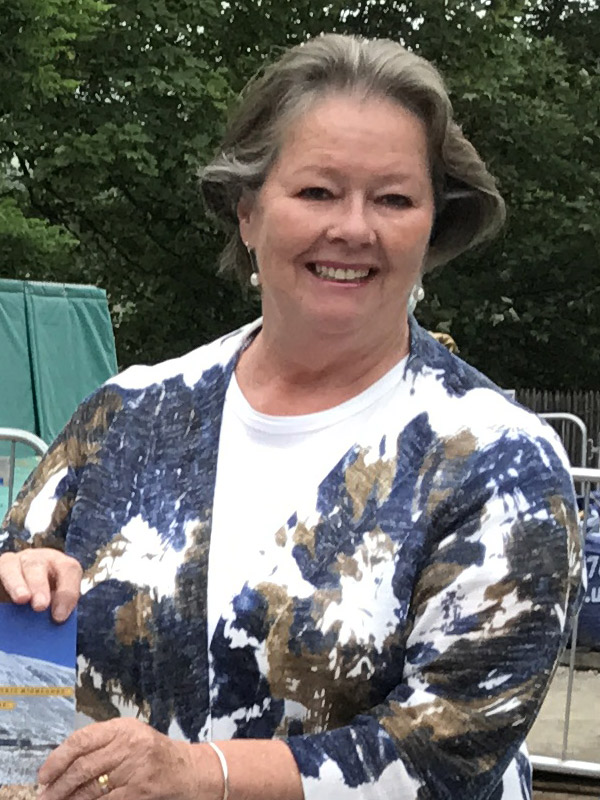 Kate was elected to the Highland Ward of Perth & Kinross Council and served for nearly 10 years. She previously had a 37 year British Army career where she developed strong leadership and communication skills, gained experience in human resources and managing public funds, as well as expertise in transportation and logistics. She has a strong interest in ensuring local communities are fully involved in the decision making process and that there is a sustainable rural economy and a thriving tourism industry in Highland Perthshire. Since retiring from the Council she has continued her interests in the community as Chair of Pitlochry in Bloom, Trustee of the local radio Heartland and Pitlochry Festival Theatre, Secretary and Treasurer of the only community owned ex railway bridge in Scotland at Logierait and Treasurer of the Highland Main Line Community Rail Partnership since its inception. 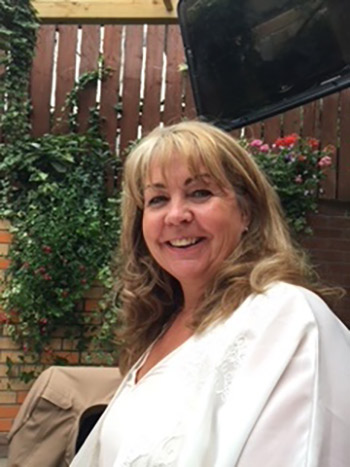 After a career of over 30 years in the corporate world which saw Lorraine work across UK, Europe, Asia and Australia Lorraine has happily settled in the Highlands to run her own business. The Highland Line Restaurant at Aviemore Station and The Old Ministers House, Self Catering.

One of the newest members of the HML CRP Lorraine is keen to learn from the group and represent Aviemore Station with same enthusiasm and commitment as the team.